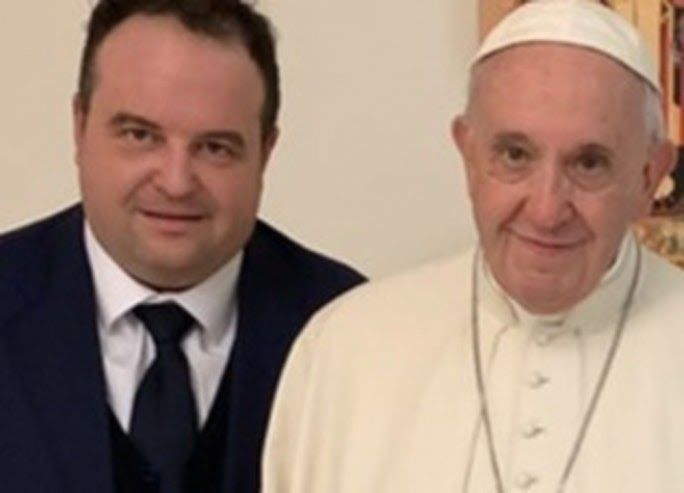 A man accused of fraud by the Vatican has been linked to the collapse of a London restaurant group, leaving staff and suppliers tens of thousands out of pocket.

Seasons Group opened a chain of six luxury fish restaurants over lockdown, only to abruptly close in September, prompting staff to launch an employment tribunal against the company and its Italian directors.

Sources say staff, cleaners and suppliers are owed sums totalling more than £600,000. CCTV footage obtained by City A.M. shows what appears to be a supplier dumping cases of rotten fish outside the flagship Bruton Street restaurant as early as December 2021, which sources say was a protest over unpaid bills.

Two senior figures within the company told City A.M. the man behind the collapsed empire is Gianluigi Torzi, who has been accused by the Vatican of fraud, embezzlement and a variety of other financial crimes related to a £15m brokers’ fee on a London property investment which ended up costing the city-state around £185m. Torzi’s Italian lawyers deny the claims.

Separately Torzi was arrested in the UK in May 2021 at the request of Italian authorities on similar charges, though that warrant has since been overturned by the Italian high court.

Torzi, 43, was bailed after agreeing to put up £1.1m in security. A request by the Vatican to seize Torzi’s assets was reversed by a UK judge, citing “non-disclosures and misrepresentations” by the Vatican prosecutors.

Torzi does not appear in any official documents relating to Seasons but sources within the company told City A.M. he was the power behind the business, working through trusted allies including his brother Giuseppe Torzi, and Italian nationals Nicola Cupido and Camalo Alfredo.

“Gianluigi would eat here every day,” a senior figure at the restaurant told City A.M. “He may not be on the documents but there was no question he was in charge. He made all kinds of promises, including that the group would be listed on the stock exchange.

“But as soon as the restaurants opened, problems started. Staff would not receive their pay on time or in full, and invoices from suppliers were ignored.”

In paperwork filed to Companies House, Cupido is listed as the only remaining active director of Bruton Restaurant Limited, with Camalo Alfredo among six others to have resigned from the board in the lead-up to the liquidation on 11 October.

Bruton Restaurant Limited was incorporated in November 2020, with Italian national Ezio Menga listed as director. Giueseppe Torzi was brought in as a “person with significant control” on 14 July 2021 and left as a director in February 2022.

Gianluigi Torzi is linked to Cupido and Alfredo through another company, Lighthouse Group Investments, also registered to an address on Bruton Street in Mayfair. Gianluigi was appointed as a director in January 2017 and resigned in June 2020. His brother, Cupido and Alfredo have all been directors of the company.

A corruption trial is underway in the Vatican City. Torzi maintains his innocence.

The employment tribunal against Seasons is expected to take place next year. Seasons did not respond to a request for a comment.