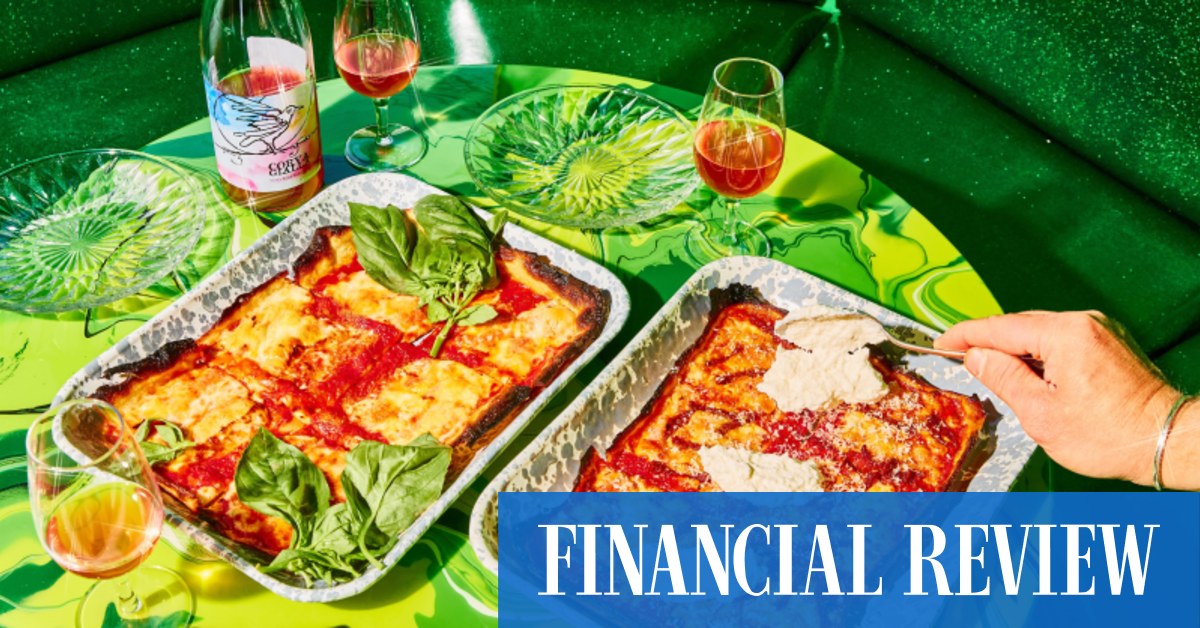 Korean barbecue in the Mission district, sourdough in NoPa, oysters by the bay – San Francisco’s food scene is so good it’s almost worth a trip halfway around the world for another mouthful.

It may have a population of less than a million people, but anyone who’s travelled to the City by the Bay knows it’s punching well above its weight in the culinary world.

Now restaurants are opening every month, and the city’s Shared Spaces Program – launched in 2020 to allow pavements, streets and empty lots to be used for public and business activities – means more than 1700 restaurants have opened in-street dining since June 2020, delivering a European feel to the Californian city.

As more Michelin-star chefs bring their skills to the masses with fresh, more relaxed eateries, you’re never far from an exceptional dining experience. Here are five restaurants that merit the 14-hour trip.

The plain concrete exterior may look unassuming from the street, but as soon as you walk through the door at San Ho Won it’s clear you’re about to experience something special.

The open kitchen allows diners to enjoy the hustle and bustle of food preparation, as the sizzling dishes create tantalising aromas throughout the venue.

The brainchild of Corey Lee, the chef behind Benu – the first restaurant in San Francisco to receive three Michelin stars – and his protégé Jeong-In Hwang, the casual eatery opened last November and has already been recognised as a new discovery by the Michelin Guide.

The menu is rooted in home cooking and traditional flavours, using local ingredients. And although it may be Korean barbecue, you won’t see any table gas burners here. The beef neck fillet and prime beef shortcut ribs are cooked on lychee wood charcoals made especially for the restaurant, resulting in tender and flavourful meat.

If you’re a party of two or more, the set menu is difficult to go past. The egg soufflé is a marvel: Light, fluffy and perfectly matched with its rock seaweed sauce and spicy anchovy broth.

The bibimap and the homemade kimchi will have you wondering if you should book again for the following night, while soft-serve ice cream coupled with either strawberry, makgeolli (a Korean alcoholic beverage), or nurungji (scorched rice) tart round off the meal nicely.

Bold, vibrant and fun, Shuggie’s in the Mission District has a bright neon decor, seats shaped like hands, and eclectic serving dishes.

The restaurant is on a mission to combat food waste, turning ‘ugly’ vegetables and surplus ingredients that would otherwise go to waste into seasonal pizzas and share plates with sustainable proteins.

Wash down one of Shuggie’s ‘trash pies’ – the dough is made of whey, a byproduct of the restaurant’s cheese-making process, and millet oat flour, the byproduct of oat milk production – with a glass of natural wine. Helping the planet never tasted so good.

Located in the NoPa (North of the Panhandle) district, popular for its cool bars, eateries and vintage boutiques, there’s a popular newcomer on the scene called Automat.

By night, it’s an eclectic à la carte menu. The sourdough and garlic pretzel focaccias in particular are a triumph, showcasing the very best of San Francisco’s baking skills.

Those hunting for something more substantial will enjoy the grilled duck breast served with rhubarb mole, pine-nut crumble and shiso, a Japanese herb. Seared scallops and butter-poached rock cod highlight the city’s connection to the bay; a selection of wine and beers are on offer too.

If you’re looking to enjoy an afternoon or evening stroll after indulging in these treats, the city’s iconic ‘Painted Ladies’ – Victorian and Edwardian houses painted in three or more colours – are just five blocks away.

It’s hard to go past Fisherman’s Wharf in Embarcadero, the traditional home of seafood in San Francisco. The historic building is not only a must-visit for sightseeing, but houses a treasurer trove of restaurants sure to indulge all your oyster, lobster and crab cravings.

Hog Island Oyster Co has long been a local favourite for fresh oysters, and started as a five-acre oyster farm in 1983. The restaurant supplies its raw bar from a sustainable farm in Tomales Bay, in northern California, and follows a ‘bay to bar’ philosophy, with a keen focus on how the oysters are cultivated, right through to how they’re presented when served. Fresh oysters are shucked with effortless speed and come with a trademark mignonette of rice vinegar, cilantro and jalapeño.

The Grande Crêperie has quickly become a San Fran favourite since opening in the Ferry Building in March. The newest concept from Le Marais Bakery, the shop’s hand-made crêpes, filled with local ingredients, will transport you to Paris. Savoury buckwheat galettes topped with seafood, anyone?

The writer was a guest of the San Francisco Travel Association. She flew courtesy of United Airlines.

Follow the topics, people and companies that matter to you.